How to know if you're having a healthy poop

Have you ever wondered about what your poop says about you, and whether you are having a healthy poop? When you have SIBO your bowel habits can be all over the place, frustratingly changing from day to day. Toilet habits can be a taboo subject but your poop says a lot about your overall health. It’s important to know what healthy poop looks like, what should you look out for, what’s good and what might be an indication that there is an area for concern.

This week Lynda Griparic joins The Healthy Gut to share her toilet bowl confessions. Lynda calls herself the ‘poo whisperer’; using her own personal experience with constipation and her qualifications as qualified naturopath, yoga teacher and wellness practitioner, she shares with us what a ‘good’ poop should look like.

Our poop frequency and appearance gives us insight into how well our gastrointestinal tract is functioning and can even indicate if there is a serious disease process taking place.

The Bristol Stool Form Scale (BSFS) is a 7-point scale which has been used in clinical practice to measure stool appearance and bowel transit time (the time it takes for food to move from mouth to anus). There is even a modified 5 point scale Bristol Stool Chart for children.

Most of us are detached from our human “manufacturing”. Investigating only when we feel off, gassy, constipated, bloated or when there’s an uncontrollable urgency to pass poop.

I would like to ask you to do the unthinkable? ...Get up close and personal with your poop.

To infuse some fun into this foreign concept, I along with the fabulous illustrator Joel Tarling have created poop characters to help your poop communicate with you better. Bridging the gap between you and your bowel behaviour. Consider me the poo whisperer who gently taps you on the shoulder when you're not paying attention.

You see, your poop is trying to tell you what’s happening under the human epithelial bonnet. If you listen, it may just save you years of poor health and loads of money spent trying to band-aid treat symptoms.

Would you ignore taking action if your baby didn’t poop for a week or if their movements were explosive and strangely coloured? I didn’t think so.

Then quit ignoring the messages your poop is trying to deliver.

Poop characteristics to look out for

✓ Does it sink or float?

✓ Straining or easy to pass

✓Any changes from your normal frequency and appearance?

We are all so wonderfully unique which means that there are many variables to the appearance of our poop. There are however some poopy characters that warrant your attention. Some of these are mentioned below. 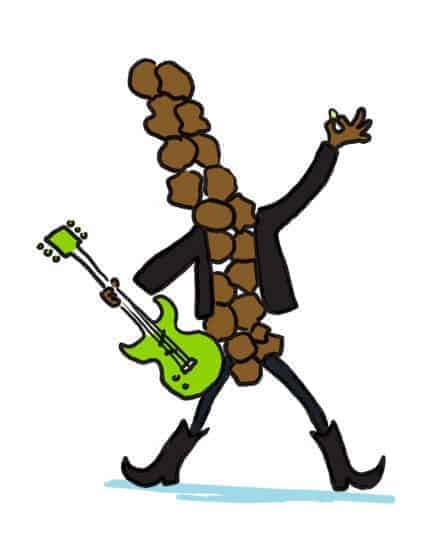 Try upping your fibrous vegetable intake to 3 cups per meal, increase purified water intake to at least 1.5 litres daily and make sure you move your body to help reduce stress and stimulate healthy bowel movements. 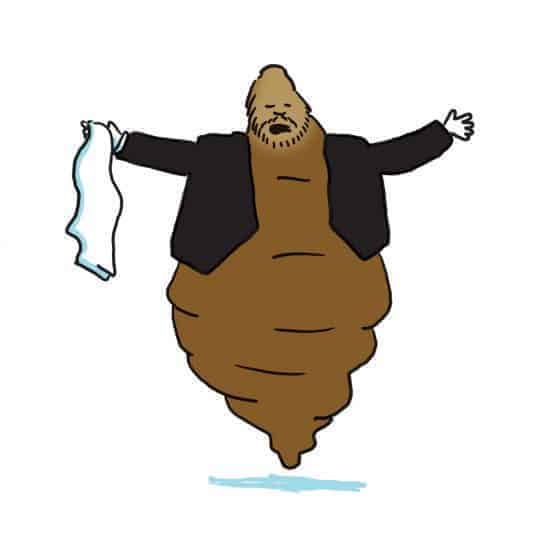 Difficult to pass, feels like concrete, often accompanied by straining and pain

Could be - constipation, dehydration, a sedentary lifestyle, consuming too much protein which stresses the kidneys and can result in chronic dehydration. Hard dry stools are difficult to pass. Poor diet that lacks sufficient fibre and water. The Pop Singer - The Exhibitionist

Likes to expose what she’s eaten

Could be - Maldigestion - incomplete or impaired digestion and Malabsorption - poor absorption of nutrients from food, dysbiosis (putrefactive or fermentative), low stomach acid (hypochlorhydria) or pancreatic insufficiency.

Start optimising your digestion today by having 1 tbsp of apple cider vinegar in room temperature water 10-20 minutes before meals, chew food slowly and thoroughly, avoid having large glasses of liquid with meals and use loads of bitter foods and herbs and spices with meals. Learn more about optimising digestion here. 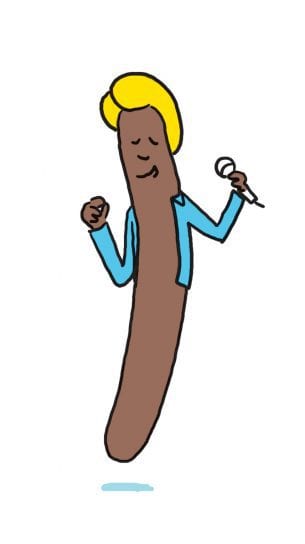 Painless and without blood

Says hello once or twice daily

You may even experience  Poo-phoria a feeling of euphoria after a bowel movement...It’s a real thing according to gastroenterologist Dr Anish Sheth.

Could be - a healthy poo-ing experience

May be accompanied by straining

Could be - Infrequent narrow stools is not of huge concern however if experienced often, consult your healthcare practitioner as it may be a sign of bowel obstruction, faecal impaction, or a tumour especially if accompanied with bleeding or severe pain. Black or red stools can also be due to medications and supplements such as iron or foods such as black liquorice, squid ink, beets or blueberries. If your stools are black and or tarry seek an evaluation from your healthcare practitioner. The Roadie - The Floater

Floats to the top of the water

Could be - malabsorption or excess gas in stool due to certain foods such as sugar, lactose, starch, fibre, lactose intolerance, gastrointestinal infections, Celiac disease or Cystic fibrosis.

Reduce intake of common trigger foods such as gluten, dairy and excess sugar and implement digestion optimization techniques to see whether the floaty behaviour subsides. 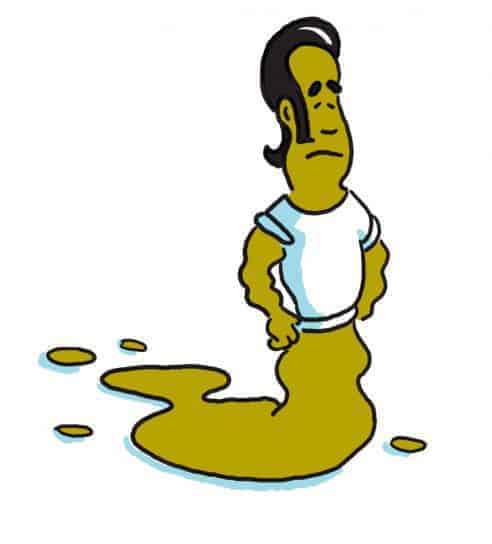 Might be bulky, mushy, greasy or oily and difficult to flush

May have a foul stench and usually floats

Could be - Malabsorption and maldigestion. Impaired digestion of fats, poor bile production, an infection or inflammation in the bowel, IBS, inflammatory bowel conditions such as Crohn's, and ulcerative colitis, leaky gut, chronic pancreatitis, SIBO, cirrhosis, short bowel syndrome or colon cancer especially when associated with blood and pain.

Note - Mucus is produced in the intestines to protect and coat the gut lining. May be accompanied by fever, chills, and abdominal pain

Diarrhoea can also be a sign of a type of constipation called bowel overflow where loose stool seeps out around a hard impacted stool. Your body’s desperate attempt to get rid of waste.

Medications and supplements such as magnesium, antacids and laxatives can cause diarrhoea. Diarrhoea dehydrates and upsets our electrolyte balance which weakens the body and should not be left unattended for more than three days.

During this time avoid common trigger foods such as gluten, dairy and excess sugar and make sure you re-inoculate with the appropriate prebiotic and probiotic strain. Consider stool testing if diarrhoea persists.

Medium brown is ideal. Variations from brown may indicate incomplete or impaired digestion.

Green poop often means that food is passing through your digestive tract quickly, which can be a sign that something is not agreeing with your body and it is being removed asap. You may be moving toward diarrhoea. Certain foods and supplements such as leafy vegetables, spirulina and chlorophyll can cause poop to be green too.

May indicate the presence of mucus and/or a problem with the liver, bile production, gallbladder or pancreas. Certain medications such as antacids and antibiotics may produce white or yellow stools. Yellow stools may also indicate an infection from pathogens such as giardia or be indicative of Gilbert's syndrome.

Congealed blood is black; fresh blood is red. See The Toxic Musician for more on this.

It is normal for poop to smell, however if the odour is extremely foul, it should not be ignored. Foul smelling stool may be a sign of conditions such as a malabsorption, Celiac disease, Crohn's disease, carbohydrate intolerance, food allergies, chronic pancreatitis, cystic fibrosis, short bowel syndrome and infections (bacterial, viral or parasitic) such as Clostridium Difficile.

Please note that this is a general guide only. The big take home is that if you experience a change in bowel frequency and appearance, don’t ignore it or suffer in silence. Seek professional advice as your poo may be trying to tell you something.

Learn about how to get your poop back to normal with the following article 15 Tricks To Have A Great Poop, Every Time.